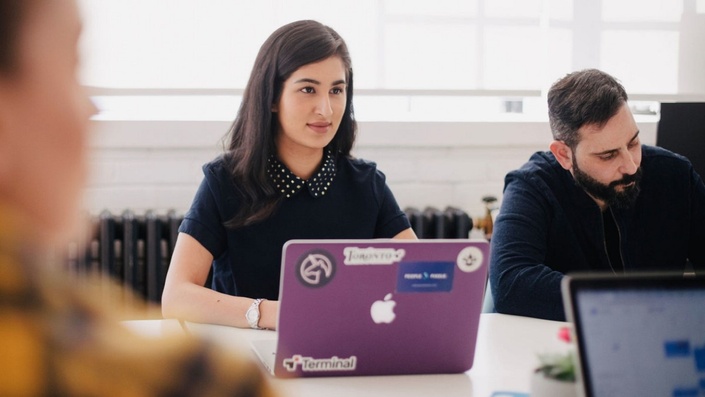 This unique combination typically creates team meetings and collaborations which are:

"Just wanted to say a huge thanks once again for joining the meeting and for providing a really great facilitation technique for what turned out to be an extremely productive meeting. You have a real skill here with ‘thinking’ techniques and I will be recommending you.."

“Firstly, it was an excellent session.Secondly, we used the ’round’ for a very difficult topic the following day – it was very effective. I then used it at a European meeting last week with some peers – again, very effective..”

"Just a note to really thank you for this morning. It was excellent and I really think we managed to get some great ideas on the table and even in the afternoon – we continued to generate some more great thinking.."

We believe, that if you want … 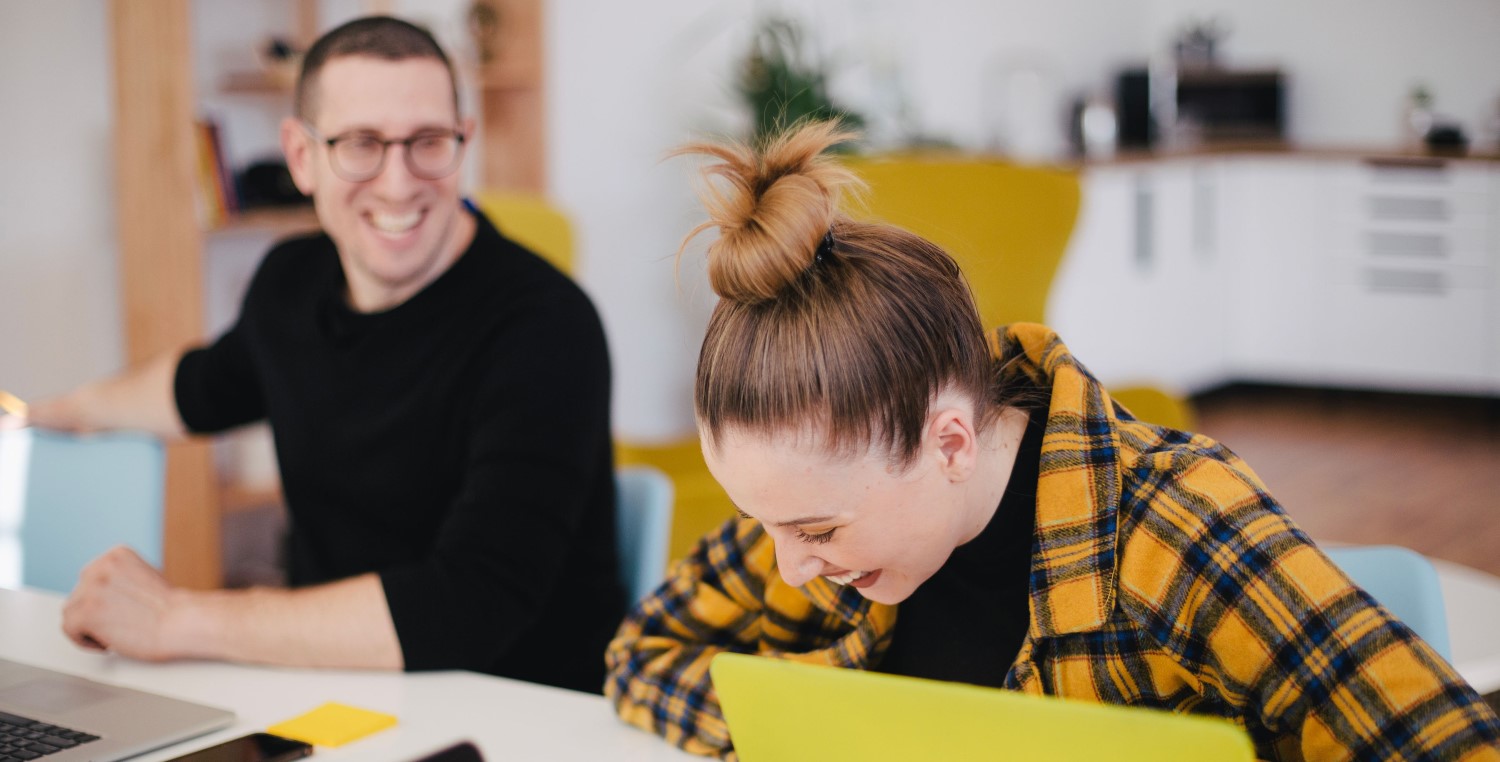 Collective Intelligence: An experiential activity, using elements of the Thinking Environment® to illustrate how behaviours and social threats can either stop thinking or help generate moments of insight. Uses a relevant work-related topic to demonstrate insight generation on a current business challenge
Guided meditation: clean, clear, secular & simple meditation to calm & rebalance. This demonstrates the experience of ease within a meeting
Real-time stress experiment: demonstrating the impact of thinking & stress on the body (in-person workshop only - virtual participants referred to on-line assessment alternative)

The Mind at Work 4 pillars

Each workshop uses the same Work & Your Brain pre-work videos and includes similar theories and activities, but with a different aim and focus

Team Thinking & Team Connecting, in particular, are similar sessions. Team Thinking, however, uses a business related issue to practice 'thinking', with the aim of improving team outcomes through thinking & performance. Whereas Team Connecting uses a question about the experience of being in the team, within a safe facilitated discussion, to improve team outcomes through cohesion and connection

Because the topics of thinking, connecting and resilience are all interrelated, there may well be some overlapping of outcomes or benefits between all 4 workshops 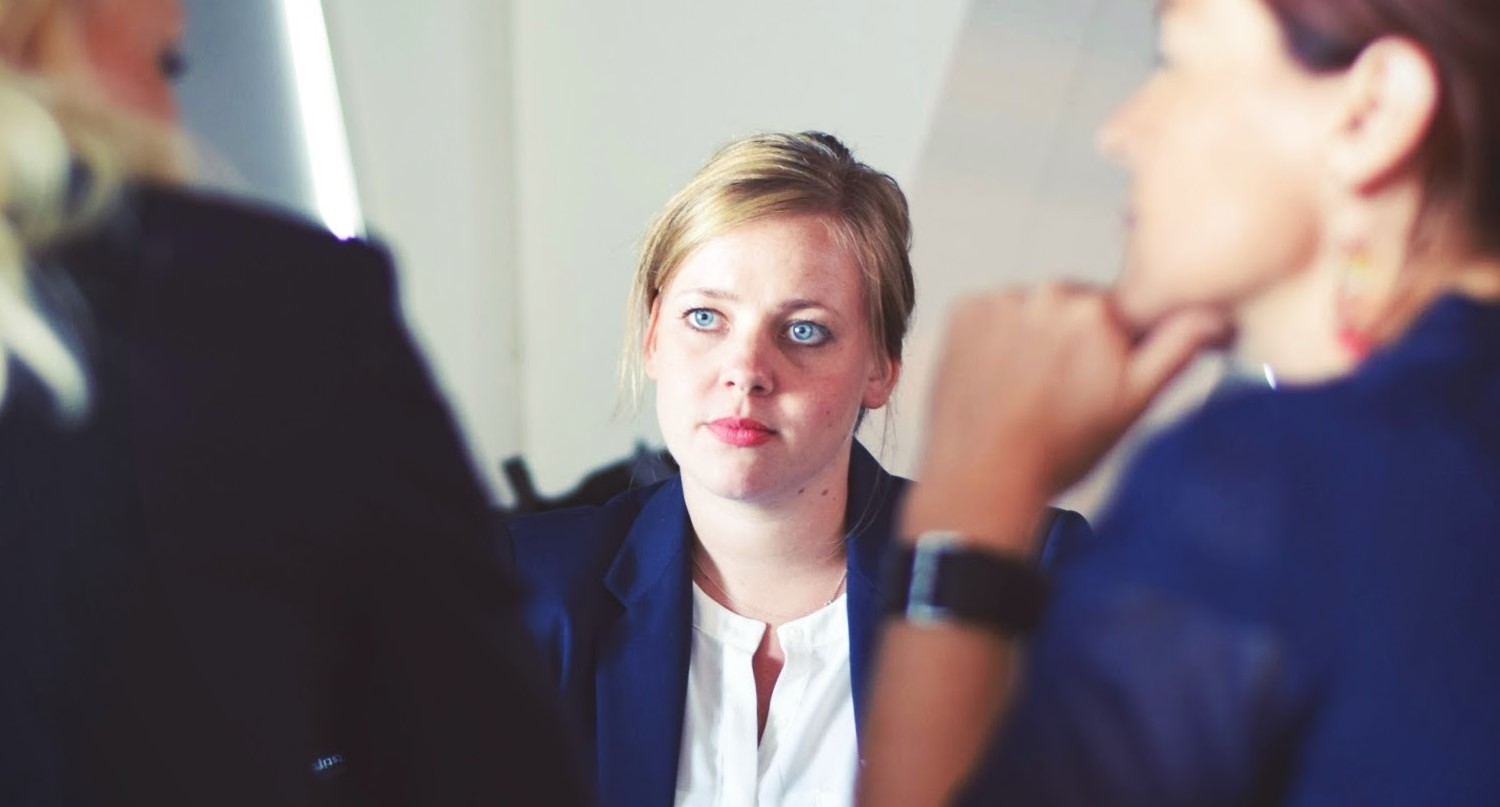 How much time do you spend in meetings?
What is the effectiveness of those meetings?
How does this impact innovation, decision-making & thus business outcomes?

Anecdotal research suggests 50-85% of leadership time is spent in meetings. And although they should be the engine of workplace productivity, it is suggested that up to 50%3 of that meeting time is typically wasted, from inattention, multi-tasking and group think

“A meeting is a gathering where people speak up, say nothing, and then all disagree.”4

This intellectual wastage can directly cost a large organization several $BNs a year5. But the hidden cost may be much higher; the opportunity that didn’t get considered, the idea that didn’t get fully formed, the insight that could have made all the difference, that didn’t get shared

Hyper charged innovation within an uncertain world requires adaptive, nimble and shape-shifting teams who understand how to support their own cognitive abilities and creativity and more importantly, how to generate collective intelligence amongst their colleagues 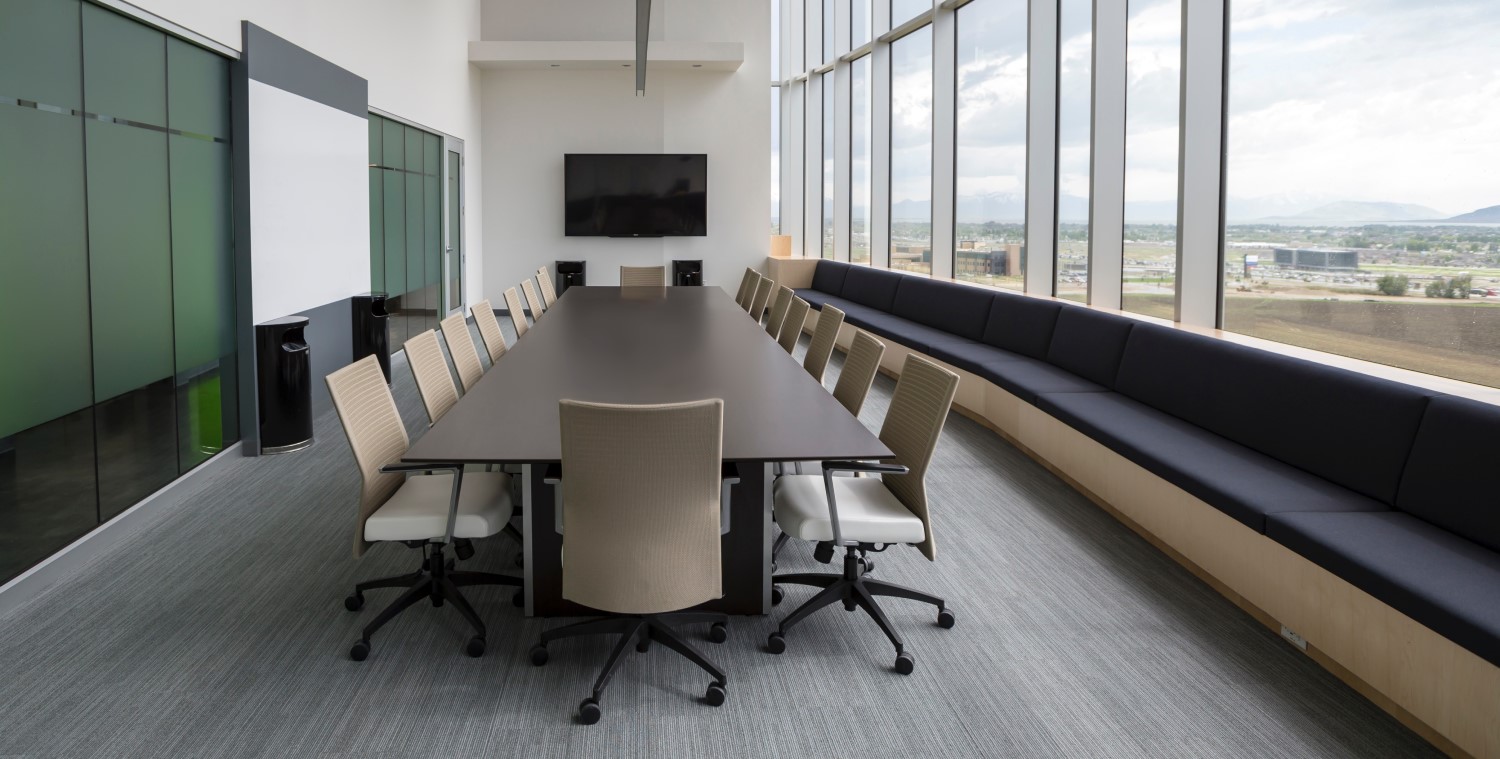 The pilot study (using 6 intact teams from different sectors within GE) found that a half day training resulted in statistically significant self-reported improvements in:

The control group showed little, no or negative improvements across all measures

Although this was a small unpublished pilot study, with limitations, it appeared that requesting a few meeting rules and behaviours, to bring the groups’ attention to its own responses and internal states, may provide a breaking system to minimise bias, group think, dominance and social loafing, whilst increasing identity, engagement, cohesion and creativity.It was considered that removing the human ego as much as possible from decision making may help protect groups from their own naturally occurring cognitive weaknesses & biases

For the working population required to navigate work and customer outcomes amidst the relentless daily tide of meetings, this pilot suggested that meetings can become more inspiring and empowering simply by focusing on the human aspect of them. Real authentic human connection gets results. Perhaps the more high tech our meetings become, the more high touch they need to be too.

In line with the research on Collective Intelligence, Google’s Project Aristotle research found that psychological safety was the key predictor to team performance. Understanding how to create psychologically safer meetings is therefore, considered a crucial element to achieve collective intelligence 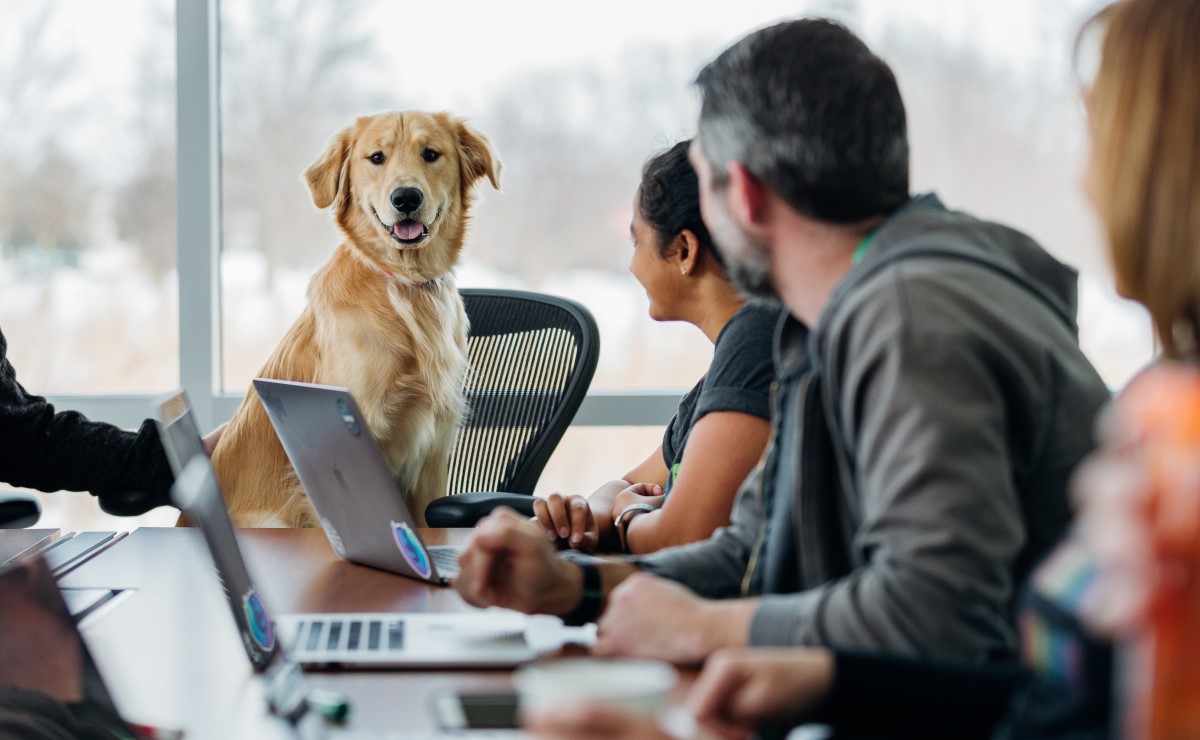 The coupon code you entered is expired or invalid, but the course is still available!

Can I personalize the session?
Yes! Any particular challenges your team is facing, or focus areas required, can be woven into the facilitation. You will also be required to help formulate the practice business question for the team to think about
How long is the session?
The session is typically 1-3 hours, depending on group size and should allow for a short brain break. Because each participant will be asked to speak, a group larger than say 20, may require more time
Can the session be shortened? I only have an hour
Yes, of course. Any time is better than no time. A one hour session will simply cover the practice of collective intelligence
My team is busy - what if they don't watch the pre-work videos?
Even with great intentions, pre-work can be tricky to complete. The videos simply need to be watched and consist of 20+ videos (average length 3 mins each). Total video time: 60mins. During the workshop the group will be asked to summarise the videos and reflect on them. This will support any non-completers, if they are a minority. If it is likely to be a majority, then it is best to deliver the video content as part of the workshop and increase the session length by 1hour
Where will the videos be stored & how long will they be accessible for?
The videos will be stored within a team/workshop specific hidden page, on the Thinking Space site, which is hosted on the Teachable platform. Viewing can be tracked or untracked, depending on preferred registration options. Access will remain available for 3 months after the session
Can I share the videos with other teams?
You may share the videos more widely, by separate arrangement. A version for self-study is available which includes more reflections. Please contact us to discuss
What if my team is cynical, disengaged and may not want to participate in the session?
Disengagement is possible if the team has gone through recent change. The session begins with simple activities to relax and encourage oxytocin release (which promotes bonding and reduces stress & anxiety). The session has numerous opportunities to express and to be fully heard and acknowledged, which can help overcome cynicism or frustration. Although of course, everyone moves forward at their own pace
What is the best forum for this session?
This session works well in a team off-site meeting, where the different environment better supports new thinking. Anecdotally we have found the 2nd morning of a 3 day off-site meeting to be an appropriate timeslot to consider new techniques. The remainder of the meeting can then benefit from the practicing of the new techniques and of course, gives more time for reflection
How does the virtual (webinar) compare to the in-person workshop?
Virtual meetings can be delivered in a brain-friendly and engaging way. By encouraging constant participation through white-boards, chat boxes, webcams and verbal contributions, attention can be held. To maintain engagement, we aim for trainer delivery to be no more than 10-15 mins maximum, without some form of active participation from the audience. Regular brain breaks are necessary. Buddy chats or small group rounds can managed through virtual break out rooms or something simple like a Whatsapp small group call etc. With many employees now being part of a virtual team, the session may in itself, set a helpful example for their own virtual meetings
Who delivers the session?
The session will be delivered by Debbie Jeremiah, who has delivered this session many times before and has delivered hundreds of ‘mind at work’ webinars
How much does the session cost?
The price depends on group size, duration, travel requirements and format (in-person v webinar)
What if my team has questions afterwards?
Debbie’s email is distributed during the session. Anyone is welcome to email with questions afterwards
What are the booking terms?
You will be invoiced on booking. The invoice can be paid via bank payment or on a bank card Payment is due at least 5 working days prior to the session. Cancellation by you: with 10 working days 100%, within 1 month 50% Because of the fallible nature of humans, we cannot alas, 100% guarantee that the session can be delivered, but all super-human efforts will be made
Where are the in-person workshops available?
Currently UK & Europe, but please contact us to discuss
off original price!

The coupon code you entered is expired or invalid, but the course is still available!